BEER.INSIDE MIDNA BOCHKA
Bakhmut Brewery “Midna Bochka” was founded in 1996. An unusual location was chosen to create the brewery – an old shop on the territory of one of the oldest enterprises – Artemivsk Non-Ferrous Metals Processing Plant, which was the inspiration for the name of the brewery.
The path in brewing was also difficult for the brewery. Over the years, the equipment, technologies, and, accordingly, the types of beer have changed. In 2010, the brewery underwent a complete renovation. 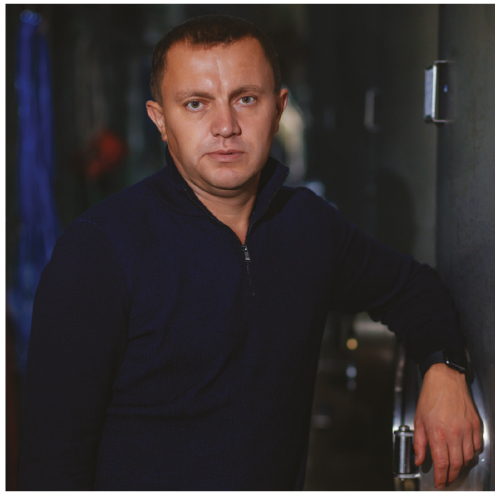 The central place at the brewery is occupied by the Austrian-made equipment INTEGRAL. Works on the principle of 3-in-1, combining shutter, wort and filtration boilers. The beer matures in tanks produced in 1994 by the Dutch company SSP LICHTENVOORDE. The Copper Barrel brewery uses the classic method: the processes of fermentation and maturation of beer take place separately, in different containers. That’s right, brewers believe, the taste becomes round, there is a balance. Beer is poured only in kegs.
Іhor HODZ, director and co-founder of the brewery «Midna bochka»:

– The philosophy of our company is to brew real pure beer in accordance with the Bavarian law on the purity of beer. Therefore, we brew our drink by the classic method. Our beer matures for more than a month. Of course, this method is more expensive, but we are not chasing big profits, the main goal is to promote the culture of beer consumption due to the quality of the product. Our task is to show that we brew good, decent, tasty beer.

– The victory of beer at the competition is the result of the work of our small but friendly team, starting from the director, who always meets us in all technological issues. And everyone in their workplace realizes that the end result depends on it.

The main volume is sold in Bakhmut and neighboring cities – in its own pub at the brewery and retail chain, as well as in some establishments in the Dnieper, Kharkiv, Kiev. By the way, partners are chosen carefully, the product is delivered only to stores that meet the standards of the enterprise.