BEER.INSIDE Ale Point Brewery
Tandem Plus, founded by Oksana and Oleg Ilhovy, has been operating in the full market since 1995. Until 2008, the company was engaged in the distribution of developed equipment Celli SpA, as well as keg beer of well-known brands. In 1997, entrepreneurs developed and set up production of Ukraine’s first beer cooler. In 2008 the first beer market of the Tandem Plus chain was opened in Kharkiv. It was «Tandem Plus. Good beer», where  were queues for an exclusive product at that time – live beer. Currently, the chain of beer markets has 38 stores. 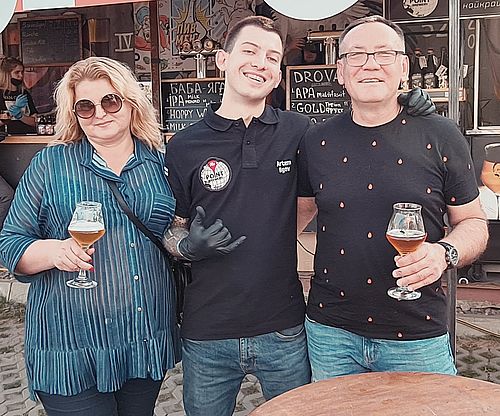 The logical stage of the company’s development was the opening of the craft brewery Ale Point Brewery in 2017. The brewery consists of several divisions: a cold department where beer is brewed and matured using modern stainless steel food equipment, a bottling department and a laboratory (by the way, Ale Point Brewery is one of few breweries in Ukraine that has its own laboratory), a cold storage, where the finished product is stored at a temperature not exceeding 10 ° C. The production technology is aimed at bottling authentic beers that clearly fall under the BJCP classification. All products of Ale Point were not subjected to filtration and pasteurization.

Oksana and Oleg ILHOVY, owners of Tandem Plus LLC and Ale Point Brewery

We care about people’s health and beauty. Our company produces and sells fresh unfiltered and unpasteurized beer without preservatives and stabilizers. The brewery is the combination of traditions and the spiritual successor of the best Kharkiv brewery Ignatishchev, which once supplied ale to the royal court of Nicholas II Romanov. A successful tandem of exquisite tastes of the history of our city, our heritage, and the experience of world brewing – allow us to be legislators of tastes. After all, it is not for nothing that more than 30,000 regular beer fans prefer our beer every day!

Citizens and inahabitats  from other cities of Ukraine can order products on the website http://tandem-plus.com.ua or by phone 0 800 305 757

Excursions and tastings are held for visitors at the brewery and in the equipped tasting room. 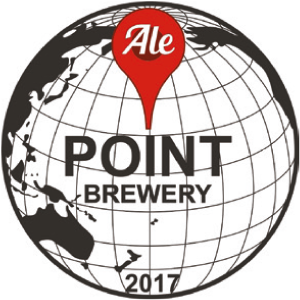