BEER.INSIDE AltBier
The AltBier brand has been known in Kharkiv and Ukraine for more than eight years. Founder opened the first restaurant-brewery in 2012, the AltBier brand does not stop and is constantly developing in new directions. Today, three breweries, restaurants, bars and pubs, craft beer shops and a delivery service are open and successfully operating under the AltBier brand.
In October 2019, the Big AltBier Brewery started operating with a capacity of more than 400 tons of beer per month for a cycle of 45 days. At the plant, beer is bottled in kegs and bottles, and it is planned to launch bottling in an iron can. Varieties of the “Vitchyznyane” and Euro line are brewed at the brewery.
At this stage, AltBier produces and sells more than 300 tons of beer per month. 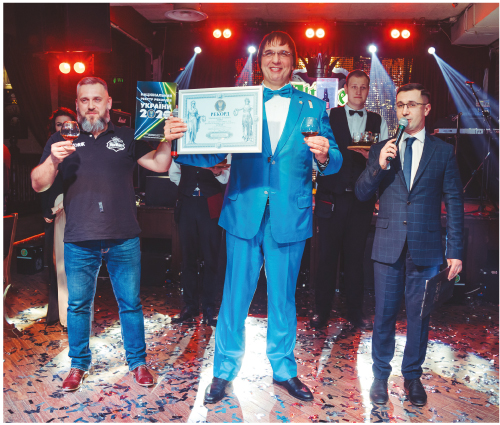 Victor Vashchuk, a nationally famous brewer, creates his masterpieces at the mini-brewery located in the center of the city in the AltBier show restaurant. More than 15 beers of the New Craft Story line by Viktor Vashchuk are brewed here. Varieties such as: Apache APA, Absurd Sour Ale, Amigo IPA, Jungle Mix IPA, Rey Bro, Under Hops and many others, which have already won the hearts of fans and a lot of medals in competitions. And this year AltBier set a record in Ukraine: it produced the strongest beer in the country – 35 degrees – ICE Barley Wine EVOLUTION!

EURO – a line of traditional Belgian, German and Czech varieties with a centuries-old history. The beer of this series is brewed purely from European raw materials.

Platinum Series – this beer is brewed according to unique ancient recipes. The beer of this premium line is characterized by higher density, high alcohol content and long aging.

• КВАKnеm – the pride of Belgium and the favorite variety of all beer fans in the world.
• KSV – beer for real and confident men who know a strong beer.

By the way, in restaurants you can taste beer almost immediately from the tanks. ALTBIER Brewery is open for cooperation. The capacity of breweries is enough to perform contract brewing for both large and limited brewing of your craft!

In addition, ALTBIER is ready for franchising today! ALTBIER develops and invites distribution companies and brewers to cooperate.

ALTBIER brand beer can also be purchased in Kyiv through an official distributor, KraftHub.

Twice a month before the quarantine, free tasting tours were conducted at the brewery of the AltBier Show Restaurant with brewer Viktor Vashchuk. 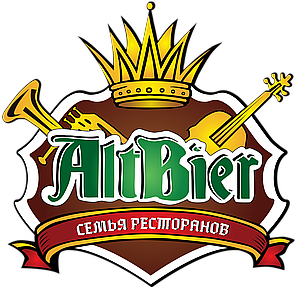