It took 2.5 years from the idea of creation to the moment of implementation of the «Drofa» project. As distributors of beer, the owners of the brewery began their journey, clearly aware of the preferences of regional consumers in the right range and taste.

Сitizens of their hometown were offered three beers at once. Currently, the brewery’s range includes 15 beers. Products of  TM Pivdenna Stepova Browarnya «Drofa» can be purchased at branded stores, restaurants, bars and retail draft beer stores.

Drofa Brewery also welcomes guests. Here we are sure that everyone who once sees how quality beer is brewed, will remain faithful to a real craft drink. It is planned to release bottled beer soon.

When the question arose as to what to call our brand, we immediately realized that it should be a meaningful name that will reflect the peculiarities of our region. That’s how Pivdenna Stepova Browarnya  “Drofa” appeared. In addition, the bustard is the largest European steppe bird, which symbolizes our region.

The idea of ​​the Drofa brand: a minimum of time from bottling at the brewery to delivery to the tap! That’s why brewers say that their beer is the freshness of the southern region. 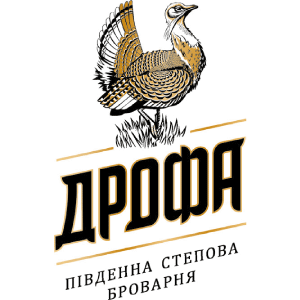