BEER INSIDE BOYKIVSKE
Oleg Pavliv had the idea to create his own brewery for several years. He traveled a lot around the world, tasted different beers, talked to brewers, producers of raw materials and equipment. Having acquired a certain baggage of knowledge, in 2012 he decided to brew beer himself. But the question arose, where exactly to cook it? If the main raw materials, such as malt, hops and yeast could be easily bought and brought, then water turned out everything a little more complicated. The search for water that would be best suited for beer production has begun. And this search led to the town of Nadvirna with pure artesian water. 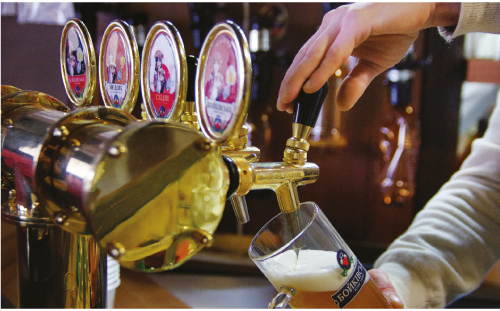 They had built the premises of the brewery, installed modern equipment with a capacity of 1000 liters per brewing, brought the necessary raw materials and began to brew beer.

The mini-brewery from Nadvirna, Ivano-Frankivsk region, has expanded its range of beer during the one’s existence and currently brews more than seven regular varieties of TM «Boykivske», as well as delights fans with seasonal novelties. All varieties are presented on regular places: in the Ivano-Frankivsk pub «Pinta» and in the grill bar «Shpilka», located in Nadvirna.

Oleg PAVLIV, owner of the brewery:

When the question arose as to what to call our beer, they turned to the locals and historical literature. It was found that in 1870 the first brewery was established in Nadvirna. According to retelling of locals, they were the Boiks, who have lived here and brewed beer.

Almost 150 years have passed since then, and the equipment and raw materials for beer production are different from those of that time. Still, we want to remind everyone that they were the Boiks who started brewing beer in Nadvirna back in 1870, and we continue their endeavors by brewing Boykivske beer. 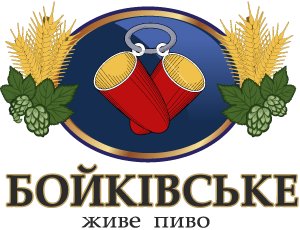