BEER.INSIDE Dudlyar Brewery
Beer has been brewed at the Dudlyar brewery in Kropyvnytskyi since 2013. All these years are guided by a simple idea – to make a product that you would like to consume. 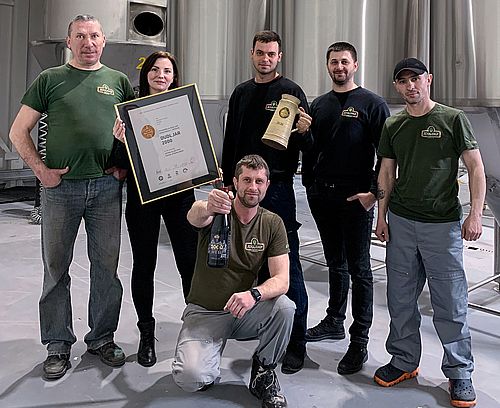 In this brewery is believed that brewing a good beer is not just a mechanical process: this business needs fell in love with your work. That is why the team consists of people who are fully committed to their favorite cause. After all, first of all they want to enjoy the beer they brew.

And when Dudlyar beer is recognized and valued by experts, it deserves respect. The brewery has been a multiple participant in the largest tasting competition in Ukraine East European Beer Award since 2017. And the main award is considered to be a gold medal at the International Tasting Competition Gold Brewer’s Seal, which took place in the Czech Republic. The first place was taken by beer «2000 Varka» in the category Extra strong beer. And also a reason for pride is «Milk Stout», which took fourth place in its category among 63 beer samples.

We brew the beer, which we want to drink ourselves – over time, we not only did not refused  this idea, but also made it the main goal and slogan of our company.