BEER.INSIDE PIVNOY GNOM
PIVNOY GNOM beer is a high-quality and tasty beer from a private brewery in Kyiv, which has been creating live unfiltered beer according to its own recipe for 7 years. This is an authentic craft from certified brewers who put their soul and skill into their business. 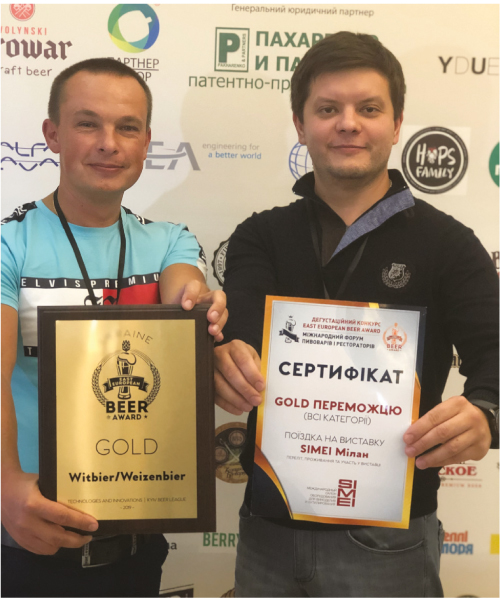 The company was founded in 2013 by Yuriy Prysyazhny. At that time, brewing was carried out under contract at third-party breweries. In 2014, a separate enterprise was founded, premises were leased and the first equipment was purchased. Since then, production has increased many times. Currently, the brewery has 19 tanks for fermentation, aging and storage of beer (CCT, forfases) from 700 liters to 2000 liters.

Since 2018, Yuriy has joined forces with his partner Ivan Hrynchuk to develop the brewery. In the near future it is planned to move to its own premises, start the production of soft drinks and obtain a license for the production of strong alcoholic beverages.

The brewery offers a wide range of flavors. Sweet and bitter, light and rich, dark and light, fruit and caramel … So that everyone can find a special variety to their taste.
But the most important thing that brewers are proud of is the quality of TM PIVNOY GNOM beer. And modern certified production with strict observance of technologies promotes achievement of perfection and bright tastes. The production uses German hops and malt and French yeast, certain strains of which are suitable for different styles of beer. Domestic malt is also used. The components of the product do not contain GMOs and chemicals, and the packaging must be sterilized.
The brewery has the status of a legal entity and all the necessary licenses for the production and wholesale of beer. The production itself is located in Kyiv, which greatly facilitates the delivery of beer. The consumer receives PIVNOY GNOM beer as soon as possible after ordering.
For convenience, use kegs with a capacity of 20, 30 or 50 liters with different types of connections: A (flash), M (combi), G (truncated flash).

We appreciate the flexibility and mutual terms of cooperation, according to PIVNOY GNOM. Therefore, they guarantee an individual approach to the order and friendly relations with each client.

In addition to home-brewed beer, the brewery offers the possibility of contract brewing according to the customer’s recipe.