And that is why its location became the highlight of the brewery – at the corner of the Carpathian winds and artesian springs. Just 20 km from Lviv, on the riverside in the village. Beautiful, gracefully combined clean air, artesian water, peace and quiet.

The new brewery is 2 hectares of ecologically clean traditions.

Modern equipment has already been installed at the brewery and they are ready to start brewing craft beer! The range of the brewery will include more than 10 varieties, including Lager, Euro-Lager, Golden Ale, Belgian Tripel Ale, Weizen, Schwarzbier, Milk Stout, Imperial Stout, Red IPA, APA.

Soon everyone will be able to choose a beer to taste, here they are ready to please even the most demanding consumer. 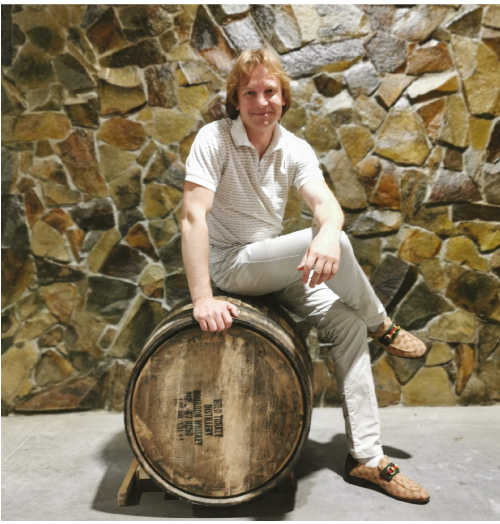 Lemberg Craft Brewery, in addition to its regular brewer, weekly invites the best and most creative brewers from Ukraine, the Czech Republic and Poland to experiment with beer. This know-how was introduced not only to maintain the quality of the drink, but also to keep a fresh look at the beer.

The purpose of the brewery is to produce a quality local product that consumers will adore!

Lemberg Craft Brewery does not plan to take part in all-Ukrainian competitions, because it does not compare itself with others!

Brewing immediately fascinated me! I remember how happily my family and friends reacted to my first home-brewed beer. Since then, we have wanted to promote a quality product from selected raw materials. Now I am actively mastering the craft of brewing, because I want to be not only the CEO of my own company, but also the main brewer who will conduct experimental brewing on his own. The plans are: to brew quality beer, make mistakes and learn from mistakes and become a brewer of a decent level, which will delight friends and loved ones!