Since 2014, Pravda Beer Theater has been brewing cool craft beer, which is drunk not only in Ukraine, but also in fifteen countries around the world. 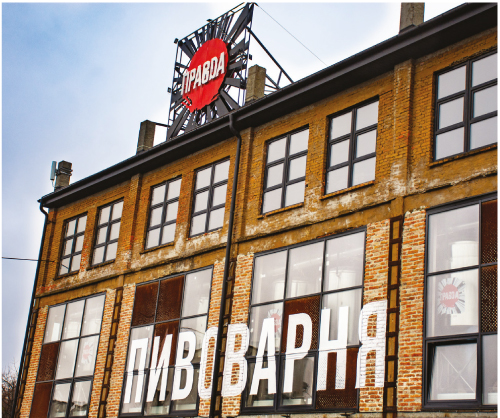 “Pravda” beer competes with the best American, Japanese and Swedish craft. It is talked about, it is demonstrated, because the extravagant labels on the bottles of “Pravda” carry sharp messages to all continents of the world. The official results of Pravda’s success speak for themselves:

more than 15 medals in world beer competitions, 2 million guests, more than 2.5 million liters of true beer brewed by the best breweries from Ukraine, Belgium, the Czech Republic and the United States.
The brewery started with 600 thousand liters of annual capacity. From the technological equipment, two combined vats were first installed here – a gate and a wort boiler, and in 2018 a separate wort tank was added. Subsequently, Pravda significantly expanded production by opening a modern brewery in a new building. Currently, the brewery has 10 CCTs per 20 hectoliters, and 12 CCTs per 40 hectoliters and 60 hectoliters. The first equipment at the brewery was made in the Czech Republic, and later Kraft Innovation LLC dismantled, transported, installed the equipment and completed the Pravda brewery.
Yuri ZASTAVNY, founder of Pravda Beer Theater:

– It all started as usual. After many years of working in corporate business, I wanted to make my own project.
And since I used to live in Belgium, where I learned that beer can be varied and interesting, the source of inspiration for me was the Belgian brewing. In addition, as an independent director, I have long collaborated with the holding !FEST, which made Lviv chocolate and coffee a successful product. And we decided that the next such product could be beer.Plus, I really like this drink. But I am an economist by education. So when I got down to business, I first of all bought all the school chemistry textbooks.

There are two important things in brewing: first, you need to have a clear vision of what kind of beer you want to produce, you need to like yourself and maybe your friends. Secondly, it is necessary to have the baggage of technological knowledge about water, production process, chemistry, biochemistry, yeast work, temperature pauses, modes, etc. In fact, if you have some minimal theoretical basis for brewing, delicious beer is not so difficult to brew. But to make a brilliant beer or excellent will be difficult. It may take more than one year to brew a “three” or “four” beer, but a few more years to “five”.
It is thanks to its originality and high quality that Lviv beer Pravda is rapidly conquering the Ukrainian market. Today, in addition to the Pravda Beer Theater, establishments of the! FEST network in Lviv, the Pravda Pub, beer from the city of Lviv is sold in craft shops and pubs in most cities of Ukraine.
Ihor CHERTOV, brewer of Pravda brewery:

– Since we are a craft brewery, we have a huge variety of varieties. Of course, we have a permanent line that provides our partner network. In particular, among the varieties constantly available:«Sylа», «Cnervoni ochi», «Obama», «Frau Ribentrop», «Tramp», «Toy, shcho proishov kriz vohon», «Tom Yam».
We use both imported and Ukrainian raw materials for brewing beer. In recent years, we have formed a reputation as a brewery that tries to brew beer from Ukrainian ingredients. For example, beer “Zenik zi
Lvova” is brewed exclusively from Ukrainian components – hops, malt, as well as different generations of yeast, which can also be considered Ukrainian.

Pravda Brewery strives to balance: on the one hand – to provide the network with constant beers, on the other – to experiment. It often happens that the experiments “shoot”, a batch of new beer can be bought up in a week, then such varieties become permanent.
Many breweries, when preparing their own beer for the competition, make great efforts, hone the variety or seek to make an exclusive. Pravda is proud to be able to take any beer off the shelf, submit it to the world competition on the last day of selection and win silver. This means that any party on the shelf is, firstly, high-quality and, secondly, so tasty that it can win medals at prestigious European competitions. 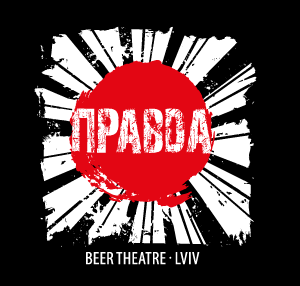