BLISS Brewery was founded in 2013 on the Black Sea coast and it is an integral part of the BLISS recreation complex.

On July 1, 2020, not only the name of the brewery was changed to “Black Sea Brewery BLISS”, but also the brewer Denis Hutsul, who changed the ideas and approaches to the beer production.

In 2021, the brewery took part and won a number of awards in the Fifth International Tasting Competition “East European Beer Award 2021” in:

Beer can only be purchased at the brewery. 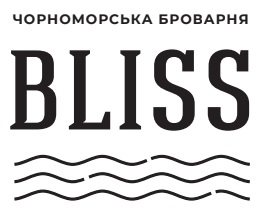