BEER.INSIDE Броварня на Грушевського
The official opening date of the restaurant «Brewery on Hrushevskogo» – March 13, 2016. Although the brewery started its work (installation, trial brewing) at the end of 2015, the year of foundation can be considered 2015. Beer is brewed on Heinrich Schultz equipment with a capacity of 500 liters per brew. 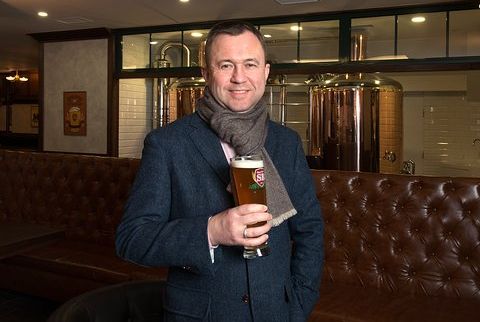 The beer restaurant «Brewery on Hrushevskoho» is first of all a unique craft beer of its own brand Shvas Beer, brewed in the best traditions of European brewing. The range of beer is more than 15 varieties: from classic light to rich, fragrant dark. Additionally, depending on the season, brewers offer special beers – with the addition of berries, fruits, herbs and spices, as well as non-alcoholic beer and kvass of their own production.

Many successful people in their mature years had the idea to open their own restaurant, and I am no exception. A trip to the Czech Republic inspired me to do beer. There is an excellent Pegas restaurant in Brno, and I really liked the wheat beer there. It so happened that later I met other Czech brewers. My wife told me, «Well, how are you going to make a restaurant if you can’t cook?»  To this I replied: «But I can eat!» It all started with this…

All variety of beer and even kvass brand Shvas Beer – unfiltered, unpasteurized, without the addition of preservatives (except those formed in the process of creating beer) and other stabilizers, flavor enhancers, etc., in contrast to industrial beer. Beer recipes are original, author’s and are not an attempt to repeat certain varieties or types of beer popular in the world. 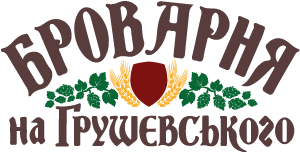