Великі Бірки
The history of WELLyki BEERky Brewery began in 2009. It should be noted that today’s brewery was preceded by another brewery “Tapran” in Ternopil. It lasted 5 years – from 2003 to 2008. 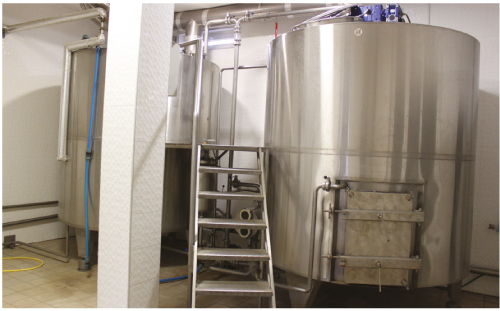 It was then that the founders came up with the idea to move production out of town. A year later, the foundation of the future brewery was laid, and the painstaking process of building the premises and installing the equipment of the new brewery began. Interestingly, WELLyki BEERky is a family brewery, several generations of one family work here.
Initially, the brewery installed Pivdenmash equipment from the time of the first craft wave. Subsequently, production was modernized: the cooking order was updated, and the fleet of fermentation tanks was expanded. They are currently mastering the bottling of beer in glass containers and are working to expand the market. Raw materials for brewing beer are used exclusively in Ukraine.
Only friends and relatives were treated to the first brewed beer. The moment to promote your product to the masses appeared only in 2012. The first goals were not very ambitious: the founders preferred to expand the circle of those who know and consume WELLyki BEERky beer. At the stage of formation, their own product was offered to travelers who passed by the brewery.
Volodymyr Dobrovskyi and Mykola Smachulo, founders of WELLyki BEERky brewery:

– In 2003, when the first brewing took place, craft beers were not even mentioned, few people knew about them and heard about them at all. First of all, the idea was to brew a different beer than the one offered by the mass market at that time. In addition, there were many complaints about these drinks. Recall the tendency of large breweries to use different chemical elements that can improve certain performance. However, beer is a natural product that should not contain such substances. Also at that time, most beers of large breweries were deprived of malt flavor, ie they were drinkable, but did not have a special density. We set ourselves the goal of brewing honest quality beer from natural ingredients.
Since then, brewers have honed their own line of five permanent varieties: «Svitle», «Temne medove»,  «Bagryane», «Pshenychne» та Pоrter. However, not the only classic, consumers are also impressed by seasonal experiments.

For 8 years the beer of WELLyki BEERky brewery has been loved by more than one hundred consumers. «Svitle» and «Temne medove» lager are in the greatest demand.
The brewery is a regular participant in the East European Beer Award Tasting Competition. According to the founder, thanks to the beer competition you can test your own efforts, understand what to work on, and learn from the experience of colleagues in the shop. 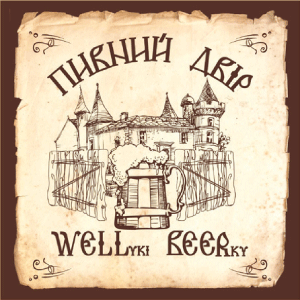