BEER.INSIDE Luchan Brothers' Brewery
Luchan Brothers’ Brewery is the first craft brewery in Lutsk, which began its work in August 2020. Although in the field related to the production of beverages (Lutsk kvass, Mojito, Lemonade), the team has been working for a long time. Back in 2003, the family business was founded by Vasyl Popovych, later his sons Valentyn and Oleksiy took over the baton. 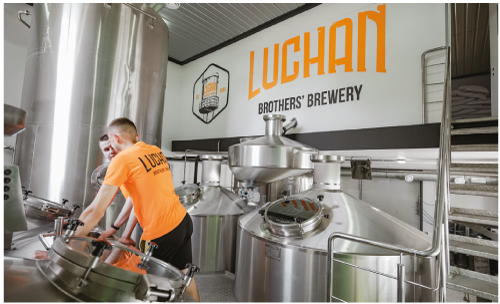 The idea of owning a brewery matured in the minds of the brothers for several years and finally took shape in a clear plan after taking courses in beer sommelier from the Kyiv Beer League. Then there were trips to craft breweries in the region and Ukraine and the first beer experiments at a home brewery.

– We saw how multifaceted and diverse beer can be. Therefore, we decided that we are simply obliged to give the residents of our city and region the opportunity to taste just such a beer, and not to order it by Nova Poshta from Dnipro or Lviv. Ironically, in Lutsk this niche turned out to be unoccupied, and we took the opportunity to become pioneers of craft brewing in Volyn. Our goal is not just to brew quality beer, but also to promote the culture of its consumption, to open new facets and tastes of this drink for the consumer.

In October 2019, the preparation of the territory for the future brewery began, and in July 2020 the first experimental brewing took place. And on August 28, 2020, the first branded store opened on the street. Kivertsivska, 49.
The brewery has installed modern professional equipment from the Ukrainian manufacturer Craft Innovation, which already allows to produce about 70 tons of beer per month. In general, the area of the premises is designed for a capacity of up to 150 tons per month. Ukrainian and German malts, as well as hops from Poland, Germany, the USA and Australia are used in the production.
Today the brewery produces 6 beers – German Pils, Red Ale, Schwarzbier, Witbier, India Pale Ale (IPA), American Pale Ale (APA). In addition, limited cooking of various interesting varieties is planned every month. In order to convey to the consumer the difference, the difference of their own beer, a free tasting set was introduced here. After filling out the questionnaire, each guest receives a LUCHAN card, which gives them the opportunity to taste all 6 beers and choose to taste. The most popular varieties – German Pils, Witbier, APA.
Luchan Brothers’ Brewery are open to consumers. As proof – an excursion to the production, which includes a visit to a secret dungeon, a brewery, beer tasting and a sea of interesting and informative information!
Address of the brand store: Lutsk, street Kivertsivska, 49 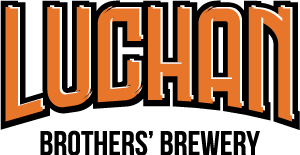