Tasting contest EAST EUROPEAN BEER AWARD 2019
13.05.201915.06.2020 Дарина Дубинка
East European Beer Award 2019
Independence and authority of the Ukrainian tasting competition East European Beer Award are already being recognized by foreigners. Fabrizio DECASTELLI from Italy has shown high interest and intends to take part in tasting competition as a judge with the aim to get to know more about Ukrainian craft. 30-year-old Italian man works in the beer business studied areas of beer and cider in England, and the art of tasting in Germany, England, and Italy.

In the brewing industry, Fabrizio DECASTELLI, since 2009, started as a seller, is currently a representative of the Italian importer and distributor of beer, and is a beer enthusiast in Prud’homme beer certification. During these years, thanks to his love to beer and tasting, a high interest in the history of brewing, Fabrizio received a number of specialized certificates. In particular, he studied Beer sommelier at the Doemens Academy in Munich and will be taking part in the World Beer Sommelier Cup as part of the Italian team this September. After passing a basic course at the Beer and Cider Academy in London, and having obtained the status of Certified Beer Server at Cicerone, Fabrizio intends to master the following levels. In parallel, he is a member of the Fermento Birra taster, the largest Italian beer tasting organization, and the Italian O.N.A.B. (National organization beer taster).

Admired by brewing, Fabrizio DECASTELLI is developing a craft culture in the country, including organizing tastings of beer and cider in a region on the North of Italy, where wine is ruled for centuries.

Fabrizio said the following “As a passionate beer connoisseur, I’ve always been fascinated by a variety of beer cultures and stories. I firmly believe that the culture of beer, the culture of pairing food and drinks in general, represents a part of the culture of each country. The possibility to use beer as a “common language” allows people to better understand each other and their history. Exploring online East European beer culture and its history, I have learned about the beer competition Eastern European Beer Award. And, I was impressed by this competition, by doing so; I could not restrain myself from the possibility to open East European beer culture through this competition and to share own knowledge with other beer enthusiasts!”

The East European Beer Award 2019 will be held on October 8-9 in the city of Rivne. Hotel and restaurant complex Aivengo will host this event. Both Ukrainian and foreign breweries of any scale are invited to participate in the contest, in particular, from big national beer producers to small and medium-sized breweries, breweries, and contract brewers.

The best beer samples 2019 will be determined by independent beer judges in the course of the blind tastings according to declared 16 categories: Pale Lager, Pale Lager Special, Dark Lager, IPA, Double IPA, Pale ale, Porter / Stout, Porter / Stout Special, Witbier / Weizenbier, Flavor beer (Herbal / Ginger / Root / Gruit), Belgium style ale, Belgium strong ale, Red / Amber / Semi-dark, Sour / Wild, Cider, Special beer. According to the result, gold, silver and bronze medals will be determined in each of the categories, as well as the best beer from the number admitted to the competition as the Grand Prix. It should be noted that 16 winners will receive as an award a trip to Milan to the International Exhibition-Fair SIMEI (November 19 – 22.)

The organizers – the information and publishing project “Technologies and Innovations” together with the Kiev Beer League are waiting for Ukrainian and foreign beer judges and professionals in brewing and beer business to take part at the beer competition 2019. We also invite beer sommeliers from trade chains, pubs, restaurants. Moreover, we are pleased to invite graduates of brewing schools, courses for beer tasters and other related areas, who will be able to prove this knowledge by certificates. Such people have all chance to be a part of judicial panel.

More details about this competition you can read here

Submitting an application for a contestant

Submitting an application for membership in the panel of judge

Everything You Wanted to Know About the Principles and Perspectives of the Tasting Competition East European Beer Award: At First Hand

11.12.2019 Дарина Дубинка Comments Off on Everything You Wanted to Know About the Principles and Perspectives of the Tasting Competition East European Beer Award: At First Hand 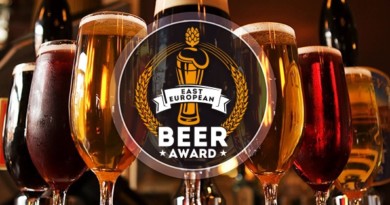